Why THC Drinks Are The Non-Alcoholic Beverage You Need

At Olala, we celebrate alternative options to alcohol for Californians who still want to kick it with their ohana, sistahs, and brahs, but would rather not deal with the negative effects of alcohol.

To help you decide if cannabis-infused beverages should take the place of your favorite alcoholic drinks, we wanted to share some interesting data and science along with reasons why people are making the switch to relaxing (and still totally fun) non-alcoholic drinks.

According to the National Institute on Alcohol Abuse and Alcoholism (NIAA), over 14.5 million Americans are currently suffering with Alcohol Use Disorder (AUD), a chronic brain disorder characterized by compulsive drinking, loss of control over alcohol use, and negative emotions when not drinking.

With AUD and alcoholism on the rise, more and more people are identifying with the term “California sober”. California sober traditionally means abstaining from all substances other than cannabis. Celebrity figures like Demi Lovato have recently claimed to find a solution to their alcohol abuse with a California sober lifestyle.

When you compare the next-day effects of alcohol and cannabis, there’s really no competition. To start, Olala craft sodas are vegan and gluten-free, meaning they’re a great alternative to a lot of alcoholic drinks which usually contain high amounts of gluten, sugar and carbs. While alcohol can negatively affect the way your body feels the day after drinking, Olala cannabis infused sodas won’t give you a hangover.

THC-infused drinks won’t cause a hangover for most people because they don’t dehydrate your body like booze does. And the benefits of cannabis drinks go beyond a hangover-free Sunday…

Cannabis and the endocannabinoid system

Unlike alcohol, cannabis belongs in our body.

According to one piece of research published in a Polish scientific journal, “The endocannabinoid system has been recently recognized as an important modulatory system in the function of brain, endocrine, and immune tissues. It appears to play a very important regulatory role in the secretion of hormones related to reproductive functions and response to stress.” In other words, the endocannabinoid system plays an important part in shaping our mood and the way our body functions.

Finding balance from the inside out

Olala is a brand inspired by the Hawaiian way of life. Hawaiians strongly believe in the idea of internal balance, often referred to as ‘lokahi’. Lokahi focuses on the mental, physical, and spiritual parts of every person, sometimes referred to as the Lokahi Triangle.

Not only is the balance of these three parts important to our internal balance, it also refers to how these parts of us interact with the outside environment. Whether it’s relationships with other people, nature, stressors or emotional states, think of the endocannabinoid system as a powerful tool to balance your own Lokahi Triangle. 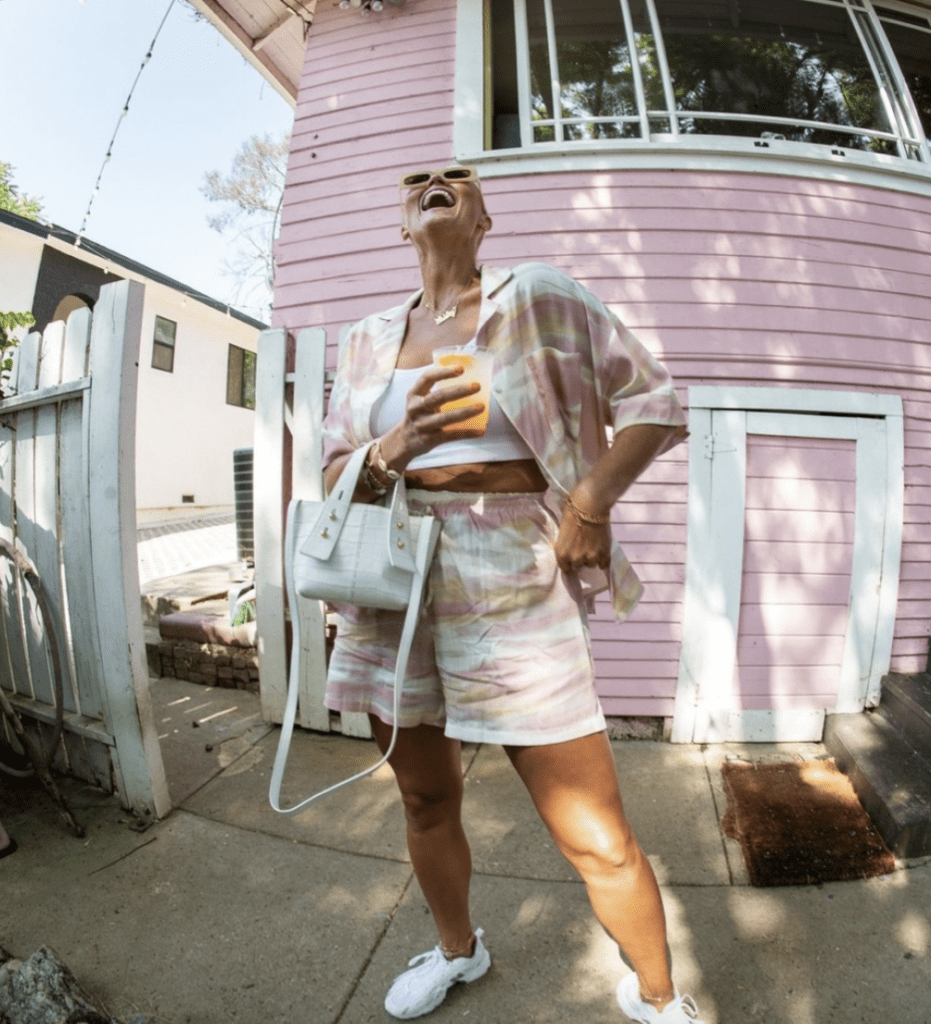 You might have experienced a moment when you’re drinking alcohol and feel totally out of control. Your vision and speech can become blurred, your stride becomes uneven and you might even fall or trip on things. In comparison to alcohol, cannabis-infused beverages can feel more similar to smoking a joint where it can potentially mellow you out and relax you. But better than a joint, you can easily dose an cannabis drinks and slowly build your high for the feeling you want to have i.e. not tripping over things, but tripping on the goodness of Iife instead!

THC drinks give cannabis enthusiasts the ability to decide how high they want to be. They offer a new alternative for those who don’t want to overdo it with a blunt or a dab, but still want the effects of marijuana.

Active THC (tetrahydrocannabinol) is the chemical responsible for most of cannabis’ mind-bending effects, including euphoria and relaxation. Active THC can be found in various forms like edibles, concentrates and beverages. So we made Olala THC drinks for those moments when you want to relax with friends, but don’t want to be intoxicated.

Cannabis-infused sodas give those abstaining from alcohol a chance to still be part of the party and socialize with their sistahs and brahs who drink alcohol. Not to mention, our sodas come in four incredible flavors so you’re never bored with the taste.

But it’s important that you don’t get carried away with how good Olala cannabis infused sodas taste. Make sure to drink Olala slow so you don’t accidentally overdo it. Start with one serving size at first so you can see how strong it is before drinking a full bottle in one sitting.

If you’re still new to cannabis, we’d suggest trying our 10mg THC soda versus our 100mg THC soda which has a higher potency in a smaller amount of liquid. If you’re not creating a mocktail where you’d use only an ounce or so of liquid, it’s better to sip on the 10mg because you can drink half or the whole bottle and get the same dosage as you would a standard gummy from a California dispensary.

If you’ve ever wanted a refreshing and delicious cannabis beverage that won’t get you too high, Olala craft cannabis sodas are the perfect choice for you. Choose between four ono* flavors: Mango, Guava, Orange Cream and Blue Raspberry.

You can find Olala cannabis infused craft sodas at dispensaries throughout California in Sacramento, San Francisco, Vallejo, San Jose, Blythe, and Canoga Park. Find a dispensary fridge near you by using our Find Us page.

*Ono is how Hawaiians refer to delicious food.

Find us on Weedmaps